\\The official rules of #30SecsPokedex//
- Generate a random Pokemon (name only) from https://randompokemon.com
- Draw it from memory in 30 seconds.
- Don't know that Pokemon? Draw what it SHOULD look like.
- No takebacks.

So, initially I set myself the task of cross-stitching the entire first generation of Pokemon before the end of the year. I told myself I would do this in about August time. Unfortunately, I cross-stitch at the speed of a sleep-waslking slug, and often end up accidentally stitching my hair into the canvas as well as pricking my finger and bleeding on it. Then I remembered something  at a Zine Club workshop that we (myself and the lovely Vicky from Pen Fight) ran as Nice Time Arts at Manchester Art Gallery last year – we made a ‘Draw a randomly generated Pokemon in 60 seconds’ mini-zine each, and it was hilarious and really fun. Sadly, I mis-remembered a crucial aspect of this, and thought that we had drawn these Pokemon in 30 seconds, not 60.

SO, my partner and I have instead decided that we will draw the entire Pokedex by the end of the year by generating each one randomly and drawing them in 30 seconds. It has been great. And somehow, drawing 896 Pokemon before the end of the year (less than 4 weeks time) seems more realistic than me cross-stitching the remaining 138 on my cross-stitch.

\\The official rules of #30SecsPokedex//

- Generate a random Pokemon (name only) from https://t.co/OVnYWsDGsW
- Draw it from memory in 30 seconds.
- Don't know that Pokemon? Draw what it SHOULD look like.
- No takebacks.#Pokemon #PokemonSwordShield #PokemonGO #Nintendo pic.twitter.com/IduDjJmWxn

We’ve been doing it by making 8-page mini-zines out of one sheet of A4 paper (tutorial on its way!) and doing one ‘Plokemon’ (as we’ve called them) per page. 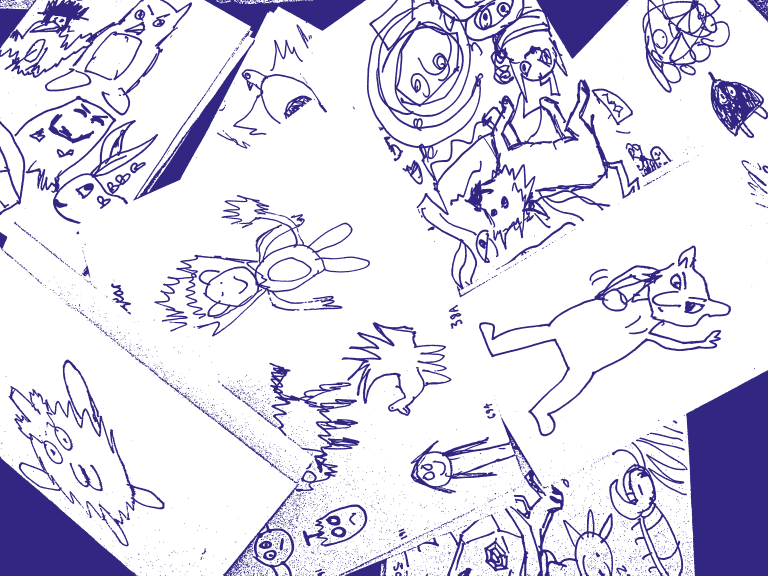