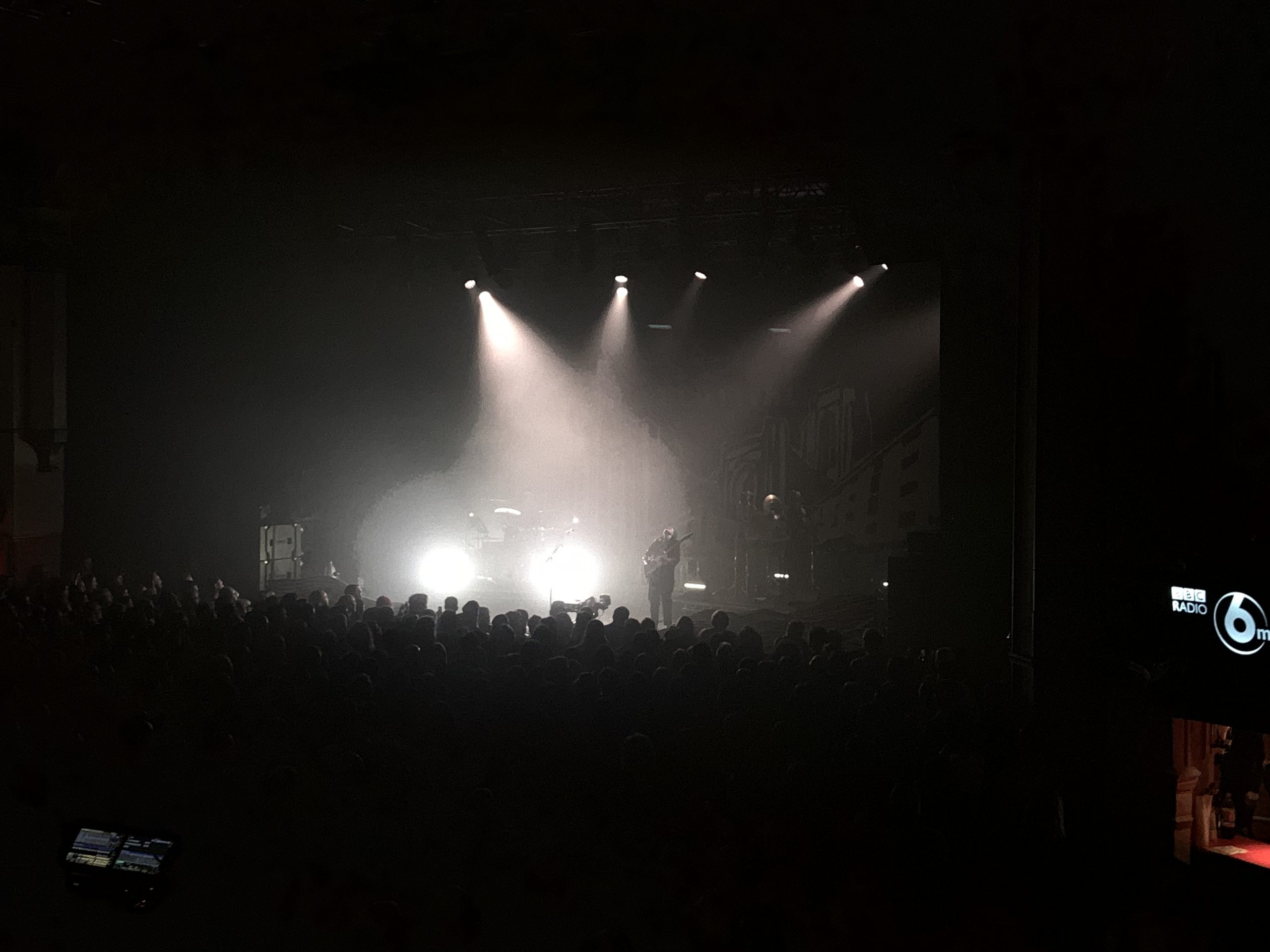 On Friday, I was mobilising with two crutches, and in a lot of pain. N and I got out of a cab outside the venue and walked straight into Liz Kershaw, who had a tall man hovering awkwardly around her with a mini-boom and a microphone. We were interviewed but a good friend, who volunteered as some radio ears, has confirmed that we didn’t make the cut. Alas. Probably for the best, I only remember me doing lots of laughing and making bad jokes. I was having a fag and at the end Liz motioned away the boom and the microphone, saying ‘She’s having a fag, put that away I want one’. We then had a much more relaxed conversation with Liz, and I did leave loudly mumbling something about her being my favourite and a hero. Cringe.

Anyway, moving back on topic to access! We were greeted by a very smiley and friendly security team who searched my bag (full of Class As like morphine and Celecoxib) before motioning to a mildly panicked looking lady who seemed to be the appointed accessibility person. There was a lot of faffing, which seemed to be her not being sure she was doing the right thing constantly, but at least it came from a place of wanting to help and get everything right. We met another couple, one of whom was using a wheelchair, and off we went to be shown to the reserved access seats. First she said, ‘Oh, we have to go down these four or five stairs, but for you Sir there’s a ramp at the side’. N and I looked incredulously at this ramp; not only did it curve round in almost a full 360 degrees twist, it’s gradient could only be described as ‘rollercoaster’. If I had had to try and manoeuvre myself on my chair down that I would definitely have been launched flying off into the crowd, full throttle.

The lady then offered us the ‘Accessible Viewing Platform’. This ‘platform’ was in the middle of the standing crowd, only a few inches above ground level. Spaces reserved for wheelchair users, people with other mobility difficulties and their friends or family were directly behind the sound and lighting decks, which were at the front of the same reserved space.

It was more like an ‘Accessible Cell’, cordoned off and out of view of anything going on on stage beyond the walls of humans on each side, standing motionlessly during the gig (I’ll explain later). The lady said we could go upstairs to the balcony, so I agreed to painfully hobble up the stairs to the front row of the balcony, where there were reserved ‘Access’ seats. We definitely had a better view of the stage up here, as well as (intriguing for me, at least) a direct and close view of the viewing platform. We looked at the gradient of the slops, concluded that they were a bit steep and should probably not have the three inches stump at the bottom. It seemed quite difficult to self-propel up that slope and simultaneously find room to turn the chair a sharp 90 degree angle into the entrance to the space, which was a not particularly huge gap in between the railings.

Perhaps one of the less significant but more ridiculous inaccessible features of the building was that once you were up in the front row of the balcony, you had to walk behind you, up about 12-15 very steep steps, only to turn immediately back on yourself and walk back down those same steps in order to access the toilet. You see, there was a railing going right through the middle of the stairs. A bannister that, 8 years ago, I would have slipped under no problem. In this case, it just meant more stairs, more difficulty, more pain, and having the be helped up by the big strong arm of a security person. Wanted to be like ‘Look mate, I am cream crackered, please could you just pick me up and throw me to the loo then pick me up and chuck me back to me seat?’ But I didn’t.

This guy deserves access person of the year award. He batted away anyone leaning on the bars from the outside “this is an access entrance” – whether they were Steve Lamacq or just another random able bodied dude.

Everywhere was fucking freezing in Liverpool, and I don’t mean outside wandering around the docks. I mean inside all the pubs, bars, venues, shops. It was a totally bizarre theme of the trip that everywhere we went into was extremely cold (including our Airbnb room) and this contributed significantly to my decreased mobility by day three.

Friday night’s line up of the BBC Radio 6 Music Festival was an explosion of uber-talented female musicians who were confronted with a crowd of mostly middle aged white men whose heads barely even bopped throughout the tremendously powerful and upbeat set. The motionless, expressionless audience became a bit of a theme throughout the 6 Music gigs. Very odd.

She Drew the Gun were funny and great. Bodega were as loud n grand as you would expect. Marika Hackman’s voice was soft and beautiful.