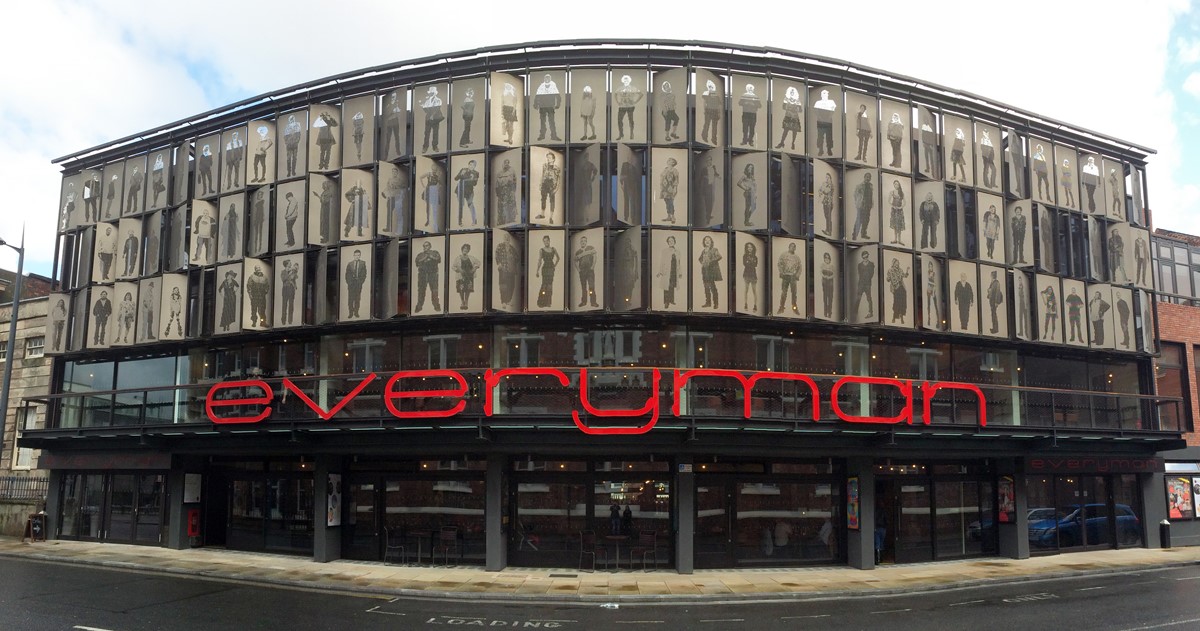 I was very lucky in Liverpool to spend my Monday afternoon with the very lovely Laura and Brendan from The Everyman Theatre on Hope Street, discussing this blog’s current research theme of ‘Art & Access’ in relation to their outreach work and in-house efforts.

Laura’s job as Community Engagement Officer is to engage people who face barriers to accessing the theatre, including those who might simply have just never thought that the theatre is a space for them to enjoy and feel included in. As a result, she coordinates reduced-price ticket schemes and arranges visits and workshops for a number of groups who might not find the theatre accessible due to a variety of personal experiences. This might involve feeling excluded from the seemingly old-fashioned, white, male world of the theatre, due to class, ethnicity, disability, and other complicated social issues such as recent involvement in the criminal justice system, or recent migration to the country.  An example of a recent accessibility-related trip was for a group of adults who had recently been inpatients in mental health settings, and for whom being told to sit in the dark in silence for a few hours, “might not sound like the most enjoyable experience”. The group went backstage, saw how the sets are changed and attended an open rehearsal to meet the actors and see how they relate to and work within the space.

Brendan’s job as Sales Manager is to manage the in-house balancing of revenue from ticket sales in order to make it financially viable for Laura’s discounted tickets and any carer/PA tickets are able to be sold at reduced prices, or even distributed without a fee. Brendan also tends to be the face-to-face contact for forums and discussions with both disabled groups and individual theatre-goers regarding the accessibility of the building, its performances and its website.

After a passionate exchange regarding the importance of using appropriate language, and remaining up to date with training and making sure the correct terminology and understandings of the social model of disability are consistently used throughout any organisations, I was highly impressed and, I must admit, surprised. In my personal experience, outside of the disabled community itself, I have struggled to meet many professionals who are as competent and passionate about political correctness in this regard as both Laura and Brendan are.

When asked what the channels were through which they were both so up to date with appropriate language surrounding accessibility, and both Brendan and Laura said that they both make an enormous effort to stay up to date, and that a lot of it has come from years of engaging and working with disabled people’s groups. Both attributed a lot of The Everyman Theatre’s learning to its years of work with Dada Fest, a Liverpool based disability/arts organisation with whom I hope to meet in a couple of weeks.

One of Laura’s remits is the engagement and delivery of projects with Youth Dada in conjunction with the Young Everyman Playhouse (YEP) programme. The Everyman Theatre has a youth studio where YEP and Youth Dada rehearse and perform, including young people of all abilities aged 13-25yrs old. I was also very excited to learn that the project runs outreach training sessions 3 afternoons a week in a number of different behind-the-scenes theatre skills, including technical, sound design and marketing lessons. These contribute towards a specific route to employment available for young people who are part of YEP, as roles are specifically made available for them in ushering and similar paid work. This training and skills programme actively tries to engage and open up opportunities to young people with varying access requirements and as a result, is highly popular.

Much of what has been done for young disabled people at the theatre has been in response to need. A group was created which bridges the YEP group and the Young Dada group, available for anyone to join, due to a number of young people in Young Dada who wanted to move towards a more independent involvement with the theatre, but didn’t quite want to get involved in the more intense commitment of YEP. Laura made it clear that there are young disabled people in YEP and that there are no exclusionary requirements in terms of this group, but that this three group structure was what the young people wanted in order to best address their support and independence needs.

The Liverpool Everyman Theatre was one of the first theatres in the country to put on a series of relaxed performances.

Brendan explained how the number and type of relaxed performances was also decided based on demand. This has partly been done on a trial and error basis, as some plays don’t attract a particularly diverse, young audience, and some really do, so in order to make the discounted tickets financially viable the theatre has had to decide on an ad hoc basis, adapting to what theatre-goers and inclusion groups wanted.

Brendan says the most important thing is to never claim that you are fully accessible.

Brendan stated that he thinks it’s most important for organisations and individuals who work within them to be open to criticism, open to change and to be adaptable. A couple of instances were given of attempts to be accessible that have led to a change in the way that they have done things. One of these included a Dementia Friendly performance, which the audience thoroughly enjoyed and gave very positive feedback on. The majority of the audience from this group, however, left after the first Act because, understandably, just over an hour was long enough to have enjoyed the performance and they wanted to go back to the comforts of their homes. Another issue that has risen from experience is when a particular show is so extremely popular that members of the public who want a ‘standard’ or ‘mainstream’ performance have bought tickets to relaxed, BSL interpreted or captioned performances. Subsequently, the marginalised groups who have required the accessible adjustments had got in touch to say that they were made to feel uncomfortable and as though they were at a mainstream performance due to the behaviour – usually a lack of patience and the infamous theatre ‘tutting’ – of other audience members.

We also agreed that half of the problem is communication; whatever access requirements you have met in terms of the organisation you’re working for, if staff aren’t communicating what’s available in an appropriate way to customers, then you’ve failed. “For example, we bought a ton of audio-loop technology and were proud to be able to offer this expensive and quite sought-after equipment. However, the technology is now out of date and there have been instances where theatre-goers have not be given correct instructions of how to use the equipment” admitted Brendan.

Structurally, the relatively new building includes wheelchair accessible lifts and toilets on every floor, as well as a number of additional features such as a wheelchair accessible rig on the main stage. Laura pointed out that despite having this great equipment, the barriers out there in society are still so strong that they envelope some of these structural attempts as well – lots of young people with mobility difficulties are likely to have been told they can’t get involved in jobs with physical demands such as rigging lighting, or rigging theatre sets, so the accessible rig doesn’t get as much use as it should, because those basic barriers are so ingrained in education and society. She stated there is always so much more work to be done to break down the societal barriers that stop people even getting to the theatre, or thinking that it’s a place for them, hence the Everyman’s focus on outreach activities as well as in-house opportunities.

Brendan reiterated how important it is to acknowledge your failings in terms of access, and to never promise to anyone or state that your building is ‘Fully Accessible’.  Experience has taught him it is best to respond to acmes requirements on a case by case basis, whilst constantly striving to improve accessibility in all areas, from staff training to building signage and website structure. There have removable arms on some of the seating, however the physical arrangement of the seats is changed so frequently for different performances that staff wouldn’t always be able to tell the audience members which seats exactly have the removable arms. “I can tell someone that the level access adjustable high chairs, which are for people who need to sit at that height or stretch their legs out, are on row F, because they aren’t moved. There are lots of performances where I wouldn’t know which seats to direct someone to who needed the adaptability of removable sides and rests.”

Like many theatres, The Everyman has switched to an airline-style payment method in order to ensure that those who can, contribute financially towards the tickets that are made available for those who can’t. Problem solving solutions like this are a key part of Brendan’s job, as he has to make sure that the theatre can do as much for accessibility as they can without running the theatre into the ground. As such, the ever-present barrier of funding (or lack thereof), which faces all of us from state structures as enormous in size and reach as the NHS to individual disabled people, remains one of the main barriers to The Everyman, and other theatres, becoming as accessible as they know they could be.

We all agreed that one of the worst things that is often done in response to access requests and enquiries is not being honest about the less accessible features of a building or event. It’s so important to be clear about what you can do and try your hardest to make this so, whilst being honest about anything that might present a potential barrier.

You can visit The Everyman for its access driven Open Day on Saturday 23rd March! Click here to find out more.

Meeting Laura and Brendan was such a breath of fresh air for me, and probably would have been for many people of the chronically ill/disabled artsy community, and whilst we were all in agreement about the usual doom-and-gloom topics of fundings and barriers, I think we found a mutual positivity through a shared belief.

This shared understanding sounds like something along the lines of, ‘We all know we can do better, and so we will do‘.